← more from
MeisteroMusic Productions
Get fresh music recommendations delivered to your inbox every Friday.
We've updated our Terms of Use. You can review the changes here. 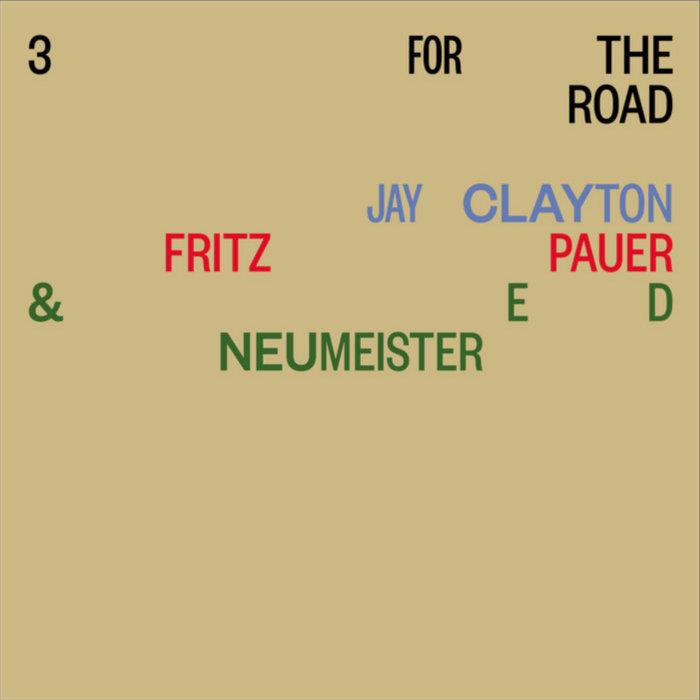 The one thing that pleases me most in making music is finding conceptually like-minded musicians. This trio is an example of that. I met Ed and Fritz in Austria where we were all teaching at the University of the Performing Arts in Graz. I met Fritz first.

I knew his name as THE avant-garde pianist in Austria, and soon found out that he did it all. I remember he visited a class I was teaching on free improvisation with the singers and I asked him to improvise with us on one of my free structures. That’s when I knew we should collaborate musically.

Later, I had a gig and invited Ed to “sit-in”. Fritz had talked about Ed so I knew he played “in” and “out”. I asked him to sit-in early in the first set
and it felt so natural he played the entire night! The three of us started playing together at the school after teaching and this led to a series of concerts.

Eventually, Ed and Fritz suggested we go into the studio. 3 for the Road is the result of those sessions. Tragically, a few years later Fritz died suddenly. I am so grateful to have this CD in his memory.

THE MAGIC OF PLAYING WITH JAY CLAYTON AND FRITZ PAUER

It began the very first time we met. Fritz and I initially performed together in 1992, during one of my first solo tours in Europe. We performed a duo concert at Jazzland in Vienna, without any rehearsal, we just played tunes we both knew. At one point in the middle of the set, Fritz looked up at me and said “I can’t believe what my fingers are doing!”

Sometimes, when you meet someone for the first time, it feels like you have known each other a long time. In music performance, the real magic
happens from time to time, but it rarely happens from the very first note. THAT’s what happened with us.

Magic in music, especially in improvisatory music, happens when everybody totally trusts each other so the individuals merge into a separate living organism. Egos evaporate and the ensemble “creates” in the moment. The 3 for the Road trio with Jay, Fritz and myself embodies
such an organism. On several tracks, the 3 of us are listed as composers. These pieces were all composed in the moment, without any preliminary
discussion.

The magic happened every time we played together and thankfully, was captured in the recording studio. We are proud to share it with you.

Bandcamp Daily  your guide to the world of Bandcamp